First of all, my son never demonstrated any kind of anxiety prior to his first birthday, which surprised me. After doing some research, the prime time for separation anxiety occurs around 10 months old. I learned it can start as early as 6 months old or happen as late as 18 months. So, when my son just turned one and had been able to go with absolutely anyone (and not even notice when I left the room), I thought that I was totally in the clear.

But, a week or so after he blew out his first candle, I started to notice a drastic change in his behavior. He was beyond clingy, he lost his mind if I put him in his playpen to swap out the laundry, and he wouldn’t go to his favorite people anymore if I was around. I quickly devised a plan to help this frustrating process, so hopefully, some of the things that I tried will help you as well! 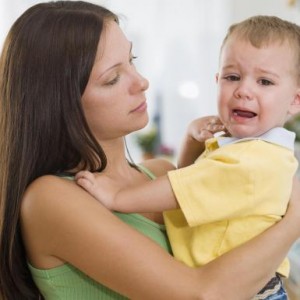 Even though leaving him was the big trigger, I had to do it. I began setting a timer to encourage him to gain some stamina when it came to being separated from me and even playing on his own. At first, I set it for a few minutes while I swapped out laundry or let the dogs out. He cried in his playpen, at first, but after a few more times, he was fine. I then lengthened the time that he spent away from me every couple of days. This seemed to do the trick.

As soon as I left a room that my son is in, he began crying. So, with the help of my mother; we practiced me walking away and as soon as he got upset, my mom pulled out his favorite toys to get his attention. Also, putting on his favorite show helped a lot. I also found that running the vacuum and putting on music took his mind off of his anxiety and sparked his interest onto something else. 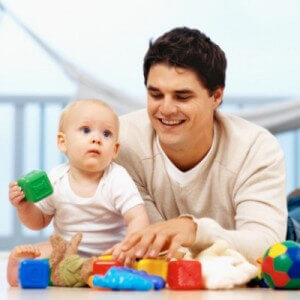 My husband told me that as soon as I leave for work in the morning, my son throws a massive tantrum. He tried distracting him with his favorite items but in this particular case, it didn’t work. So, my husband laid him down in his crib for a few minutes to calm down with his pacifier. He played soothing classical music and put his favorite stuffed toy in his hands as he walked away. After a few minutes, he stopped crying and was calm and collected again. 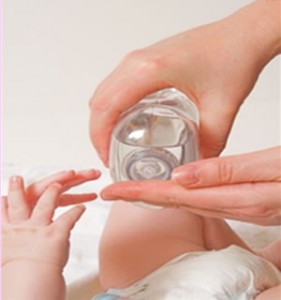 A number of moms rave about aromatherapy. They said they notice such a change in their child’s demeanor throughout the day. So, they light soothing yet sstimulating candles to fill the air of the room in which they are playing. Curious (and quite desperate at that point); I gave it a try. I lit some citrus candles (tangerine) before I was getting ready to head out the door for work. My sister said she noticed that it took him less time to recuperate from me leaving and he was less upset than he normally is. So, needless to say, candles are lit before I go anywhere now! 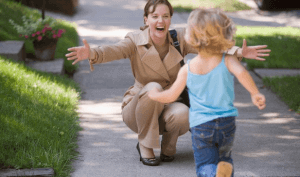 I noticed that when I greeted my son with a big and loud hello, and I made a huge deal about hugging him, kissing him, and cuddling him before I left or when I got home; he was more likely to want to hang on me and cry and carry on. Little did I know that many doctors recommend keeping things calm and casual when it comes to saying hello or goodbye after being separated. It took some time, but as soon as I made me leaving not a big deal, he started to get much better about being separated.

Leaving your child is never easy, but it has to be done. All children go through some form of separation anxiety, but there is a light at the end of the tunnel. Symptoms begin to ease up and the state passes around 24 months. Until then, consider trying some of the five tips above to help ease everyone’s burden, and help the developmental stage pass quickly.